Incredible article about Team Ignition athlete Quan Cosby. Everyone at Ignition is so proud of the way he's playing. Check out this article about his relationship with good friend and competitor Jordan Shipley from Bengals.com. 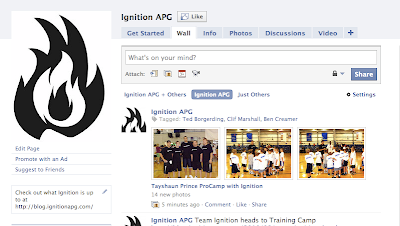 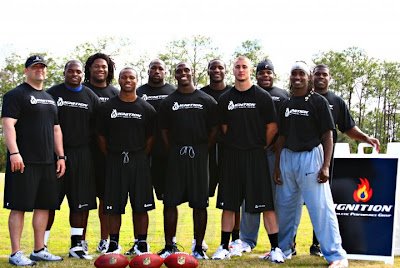 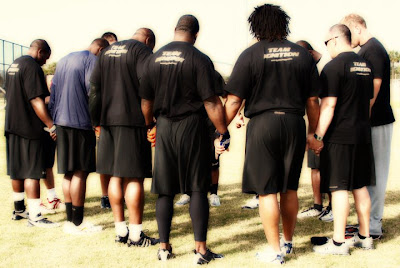 In the last four years, each of these players listed below trained at Ignition for either the NFL Combine/ Pro Day Program or NFL Off Season Training. This list represents Team Ignition made up of 45 NFL Players and 24 different NFL Teams.

With Mario Williams nursing an injured hip, Connor Barwin has been making the most of his time with the Texans' first-team defense

In an informal survey of Texans players and coaches, second-year defensive end Connor Barwin could be the most improved player on the defense this season.
Barwin (6-4, 256 pounds), a second-round pick last year, was playing defense for only the second season. He switched to defense from the tight end position as a senior at Cincinnati.
Coming off the bench and playing left end most of the time, Barwin recorded 4½ sacks — more than any rookie defensive lineman playing in a 4-3 scheme. He tied end Antonio Smith for the second-most sacks on the team behind Mario Williams (nine).
"Connor's a totally different player than he was when he came here," coach Gary Kubiak said. "He's stronger and he's more confident. He's found his niche. He's got to continue to improve, though."
Those who watch Barwin every day in practice marvel at his work ethic. Bill Kollar, the assistant head coach/defensive line, got on and stayed on Barwin because he recognized the rookie's potential.
"I'm excited because, obviously, you like hearing things like that," Barwin said about possibly being the most improved player on defense. "At the same time, though, the only way you can do that is to continue to work, and that's my philosophy.
"Training camp is a huge month for me, especially because I'm getting more reps with Mario out."
Williams has been sidelined with inflammation in his hip.
"It's a huge opportunity for me," Barwin said about working with the starters. "There's improvement to be made, and I want to make it."

Barwin is no different than most second-year players in that they report to camp so much more comfortable and confident than they did their rookie seasons.
"It's like 360 degrees," he said about the difference. "Just knowing the system, having Bill on me every single play, watching every single step I take, makes it easier for me.
"I thought I improved as the season went on last season. Now I'm learning more about the finer points of the game, learning more about what plays they're (offense) going to run and certain formations. Last year, I was just trying to learn the plays."
Barwin came close to tallying more sacks last season, and he hopes experience and knowledge keep him from being one step away this time around.
"I wouldn't say I felt good to be so close because you never feel good unless you get the sack," Barwin said. "I guess if you look back at the pressures, pressures are just as good as sacks. That's what flusters quarterbacks because those hits take a toll."
As a rookie, Barwin came off the bench to play left end most of the time. Williams moved to the right side. Sometimes Barwin was moved around. He might be more effective on the right side, so he could rush in space, but he'd usually be facing the opposing team's best offensive lineman.

Attacking from every angle

Kollar might move Barwin around as he progresses this season, including standing him up and rushing him at times. Barwin is intelligent enough to handle whatever the coaches throw at him, and he's eager to take advantage of every opportunity.
"I want to (move around)," he said. "That will help us disguise our rushes. Then, hopefully, I won't be a step short (of the quarterback) like I was last season."

Football season is finally here! But that means our time here at Ignition with our NFL athletes has come to an end for now. The NFL players that have spent their off-season/pre-season with us here at Ignition are off to Training Camps all over the country. 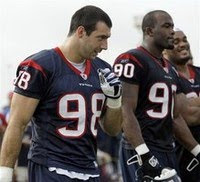 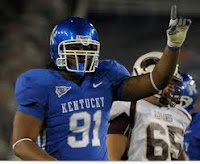 
We'll continue to post updates about specific athletes throughout training camps and the season. Everyone at Ignition wishes all of you the best of luck at Training Camp!