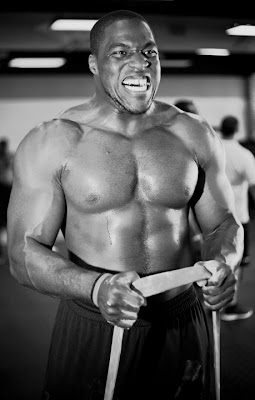 The NFL Scouting Combine has dominated football coverage for the past week, even though the Texas players invited to the event didn’t do much of anything until the past two days.

Three of the five Longhorns at the 2011 NFL Scouting Combine were defensive backs, meaning they didn’t work out until Tuesday. Defensive end Sam Acho worked out on Monday.

It was a slight decrease from 2010, when Texas sent seven players to work out at the combine.

The Longhorns ended up with three players drafted in the first two rounds last year, including No. 14 overall pick Earl Thomas. By most accounts, the only projected top-64 picks in this year’s draft are corner Aaron Williams and perhaps Acho.

Acho was the most impressive Texas player at the combine, according to the Professional Football Writers of America members in attendance in Indianapolis. He ran a sub-4.65-second 40-yard dash and was solid in position drills.

“I think my speed improved a lot,” said Acho, who has been training in Florida with Team Ignition and former Cincinnati Bengals strength coach Clif Marshall since graduating in December.

Acho worked out as a linebacker, as well, proving his versatility to teams thinking about drafting him to play as an outside linebacker in a 3-4 scheme.

The 2010 recipient of the Campbell Award — which goes to the college football player best exemplifying excellence in the classroom, on the field and in the community — also ran a record 6.69-second L-cone drill, the fastest ever for a defensive lineman.

“A lot of teams are looking to add me as a 3-4 backer, but I think some teams still are looking at me as a 4-3 defensive end, so I’m comfortable playing any position,” Acho said.

Williams, who ran a 4.52-second 40, could also play safety at the professional level.

The fifth Longhorn at the combine, offensive tackle Kyle Hix, worked out with other offensive linemen last Saturday. His best mark came in the vertical jump, where he posted the third-best time of any offensive lineman at 32 inches. He was less impressive in the 40, with a time of 5.46 seconds.

Hix missed last year’s Oklahoma State game with a concussion and then had to recuperate from a knee injury after the season.

“I just got back to 100 percent,” he said. “I have just been focused on being in shape for the combine and being able to do everything they ask at the combine.”

It’s no surprise that fewer Texas players are expected to be selected by teams after a 5-7 season, but fans, coaches and players alike will be watching the league’s draft on April 28 to see who goes first.