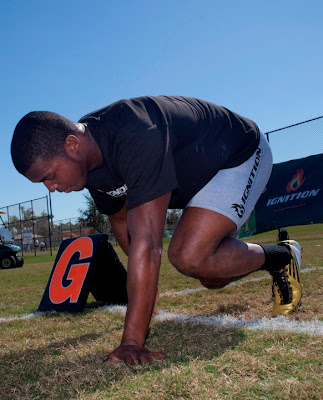 Fourth and sixth-round rookies come with no guarantees of playing time, but the Dolphins like what they’ve seen so far from Clyde Gates, enough that they have passed on several prominent veteran receivers. And though sixth-rounder Charles Clay is dealing with information overload (he’s learning three positions), coach Tony Sparano has a role in mind, believing his versatility can add an unpredictable element.

Sparano said Thursday getting enough snaps for both rookies, provided they earn it, “will be important” this season. The recent success of several mid-round rookie receivers has him “absolutely” believing Gates will be a factor.

Sparano compared Gates and fellow Abilene Christian alum Johnny Knox, a fifth-rounder who had 45 catches for 527 yards and five touchdowns as a Chicago Bears rookie.

“They’re kind of similar guys, though Gates didn’t play as much football,” Sparano said, because Gates quit football after his freshman year of high school in Vernon, Tx., to play basketball, including two years at a junior college. Bernard Scott, now with the Bengals, helped Gates get a tryout as a walk-on at Abilene when basketball fizzled as an option.

Gates said he and Knox “talk every night and what he did as a rookie gives me inspiration.” Gates also has a “good relationship” with his father, who was released in October after an 18-year prison term for murder.

NFL Network’s Mike Mayock compares Gates with Mike Wallace, who caught 39 passes for 756 yards as a rookie for Pittsburgh. “My speed you can’t teach,” Gates said. “And my route running is pretty good.”

Yeremiah Bell and Sean Smith offered positive early reviews but said Gates has a lot to learn, especially recognizing coverages. “He’s not faster than Ted Ginn, but he’s close,” Smith said. Gates had the fastest 40-yard time at the NFL Combine among receivers (4.37) despite a groin injury. Gates has caught several long passes during the first week of practice, including a 50-yard touchdown pass from Chad Henne on Thursday night.

“This guy catches the football well, but it’s the top end speed,” Sparano said. “I see a different gear than what we had” before. “To have to account for his speed can help create some big plays [for others]. If he can be the returner we think, that will help us as well.”

Clay said he has been staying up until 2 a.m. to learn three positions: H-back, fullback (where he started at Tulsa) and tight end. He expects to be used mostly at H-back - “where I can end up out wide or in motion” - but is also comfortable at tight end, having played there a lot in 2010.

“I have soft hands, and my speed will help me a lot,” said Clay, who dropped an easy pass this week but is an accomplished receiver (189 catches, 13.5 yard average, 28 touchdowns at Tulsa). He averaged 5.1 yards per carry on 179 college rushing attempts, but his skills in the passing game most intrigue Miami.

“I can see him playing in a few different spots,” Sparano said. “I’m trying, with a player like that, to become a little less predictable.”