IGNITION NFL standout, Corey Peters, uses the platform that GOD has blessed him with! 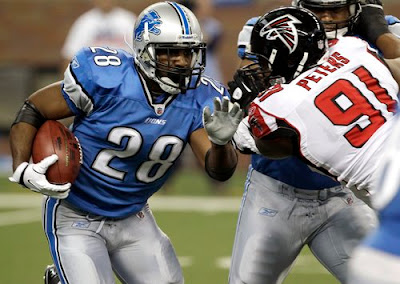 Corey Peters in action here earlier
this season against the Detroit Lions. AP

Falcons defensive tackle Corey Peters was selected as the team’s nominee for the 2011Walter Payton NFL Man of the Year award on Monday during a banquet at the Commerce Club.

“This award means a great deal to me,” said Peters. “There were plenty of my teammates that were so deserving of this award and for the Falcons to select me is very humbling.”

Peters has spent almost every week during the season participating and engaging in different community initiatives.

Since 1970, the NFL has awarded the Walter Payton NFL Man of the Year Award to recognize a player’s off-the-field community service as well as his playing excellence. Each club is responsible for selecting their own nominee while the 2011 national Walter Payton NFL Man of the Year winner will be selected by a blue ribbon panel and recognized on field before kickoff of the Super Bowl.